Before pictures and selfies, people were immortalized using paintings, sculptures, and portraits. Even if they didn’t have Photoshop, these works of art can be tweaked, especially if the artists wanted to flatter the person who commissioned them. It’s safe to say that the famous ancient figures we see in museums or textbooks aren’t accurately depicted.

This means that the queens we’ve seen in books or films like Cleopatra may actually look completely different in real life. Lucky for us, combining technology with discoveries have helped experts determine the actual appearance of these historical figures. Emperors such as Julius Caesar may look stone-hearted like his sculptures, but you would probably won’t think the same after seeing his real appearance.

Check out what these former rulers, poets, musicians, and saints really looked like back in the day! 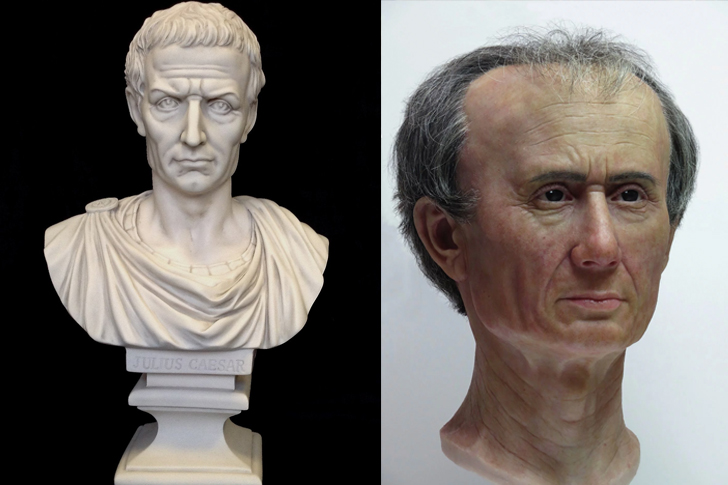 Julius Caesar was a Roman war general and politician who helped expand the Roman Empire. He was the first general to cross two major rivers so he can invade Britain. When he was about to be arrested for not stepping down from his command, he started a civil war.

Caesar won the war he started and began his reign under a dictatorship. He reformed the government and society, which is why the members of the Senate had him assassinated.

Here is a 3D-reconstructed bust of Caesar’s face which was depicted based on his portraits. It’s found at a museum in Leiden. 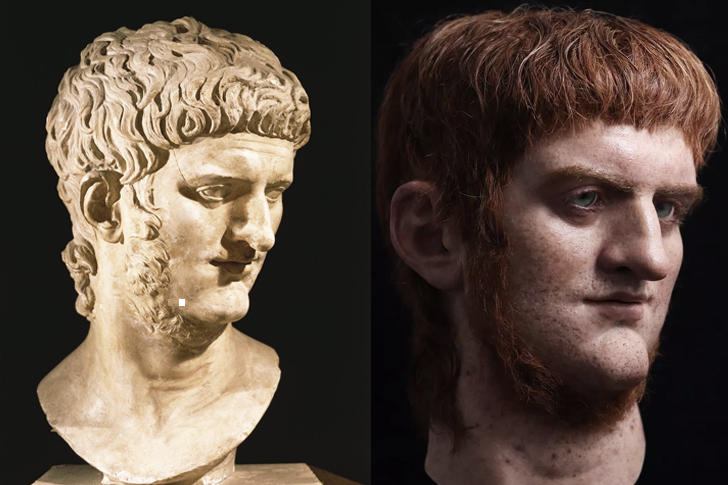 Emperor Nero was only 17 when he ascended to the throne. He then had his controlling mother murdered so he can rule his way. However, most of his subjects loathed his reign because of his murders and extravagant expenditures. Aside from being politician, he was also a charioteer, poet, musician, and actor.

Back in 64 A.D., Emperor Nero was sentenced to be executed, so he committed suicide. Centuries later, artists were able to recreate his appearance based on descriptions, drawings, and sculptures of him. Other than being a vicious dictator, his arrogant smirk was probably another reason people detested him. 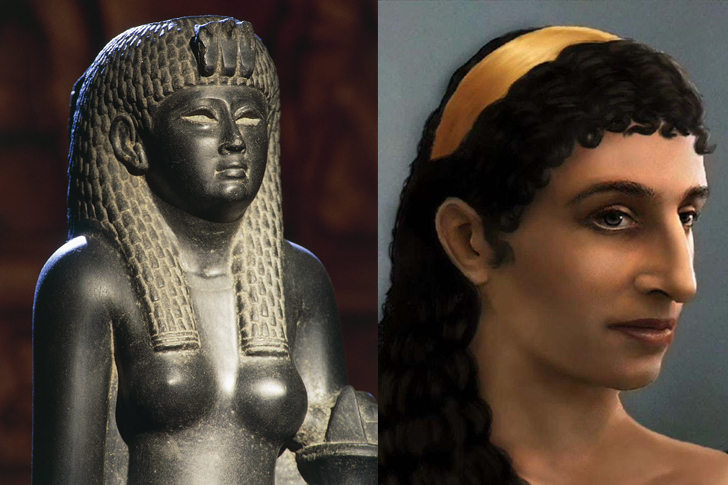 When Cleopatra was 18, she became the ruler of Egypt after her father passed away. She ruled alongside her 10-year-old brother, but she was driven out by his advisers. That was when she asked Julius Caesar to help her take back the throne. She then watched over Egypt with her other younger brother.

Cleopatra was considered a beautiful seductress who had multiple romantic relationships and alliances with rulers of other empires. Artists were curious about what she really looked like, so they used her sculptures and portraits to recreate her appearance. She looks different than the general image we have of her. 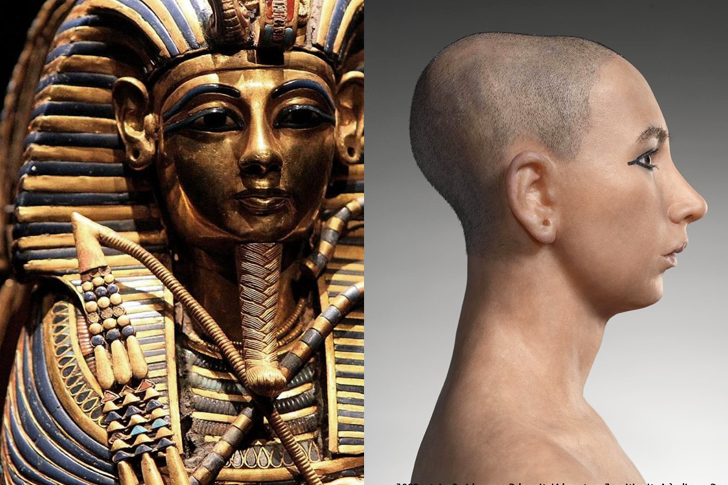 King Tut was the youngest pharaoh of Egypt as he started his reign when he was just 9. However, it ended quickly because he died. Around 3200 years after his death, an archaeologist discovered his well-preserved tomb which helped scientists uncover the reason for his death and perceive his appearance.

They discovered that King Tut was a young frail boy who suffered multiple diseases. Studies on his mummy show he had a clubfoot, which was probably due to being an offspring of inbreeding. Aside from his foot, he also had an infection on his broken leg and frequently had malaria. 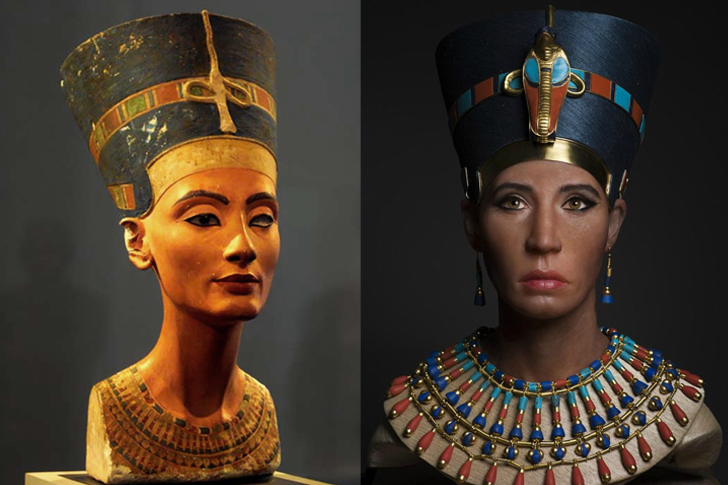 Nefertiti was an Egyptian Queen and the wife of King Akhenaten. She and her husband were famous for revolutionizing religion in Egypt – worshipping a single god, Aten. In 1912, this royal wife’s limestone stucco-covered bust was found in the workshop of an Egyptian sculptor named Thutmose.

The bust alone showed that Nefertiti was beautiful. For 500 hours, a paleoartist recreated this queen’s face based on busts and historical images. It proved that the digitally-mapped face of the mummy called The Younger Lady in an expedition is, in fact, the wife of King Akhenaten. It’s amazing what 3D imaging technology can do! 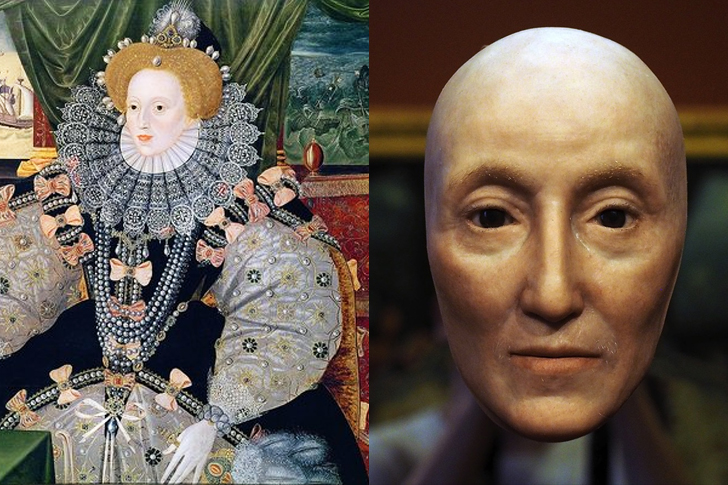 Queen Elizabeth I was considered an illegitimate child of King Henry VIII because her parent’s marriage was annulled when her mother Anne Boleyn died. Because of her status, it took longer for her to become a ruler. In 1558, she finally sat on the throne and ruled over England and Ireland.

This queen ruled for 44 years before she died in 1603. There are numerous paintings of Elizabeth I, but her real appearance is best depicted in the life-like mask created by Mat Collishaw. This animatronic mask can even open her mouth and move her eyes to follow you around. 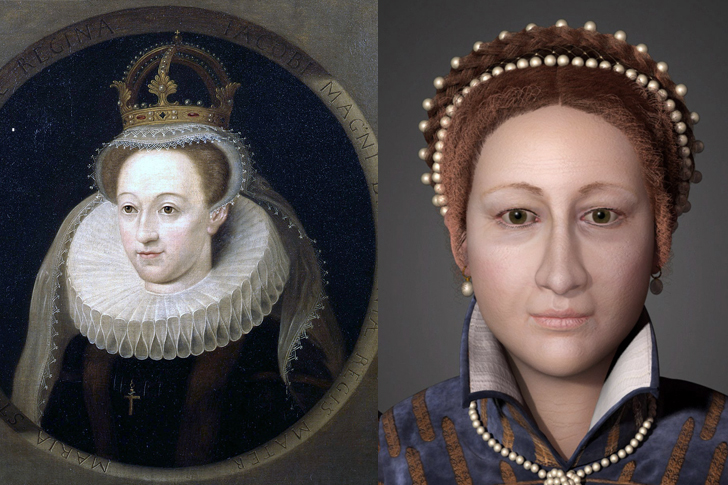 Mary Stuart became Queen of Scotland when she was six days (yes, days!) old because her father passed away just after she was born. Her mother sent Mary to France to be educated. Before returning home to rule Scotland, she married the Dauphin of France, Francis and became queen consort.

The Queen of Scots had numerous drawings and paintings of her. Thanks to these, Caroline Wilkison was able to create a 3D image of her. Compared to historical artworks, the image shows a different appearance and doesn’t have a receding hairline. The Queen’s nose looks the same on both images, though. 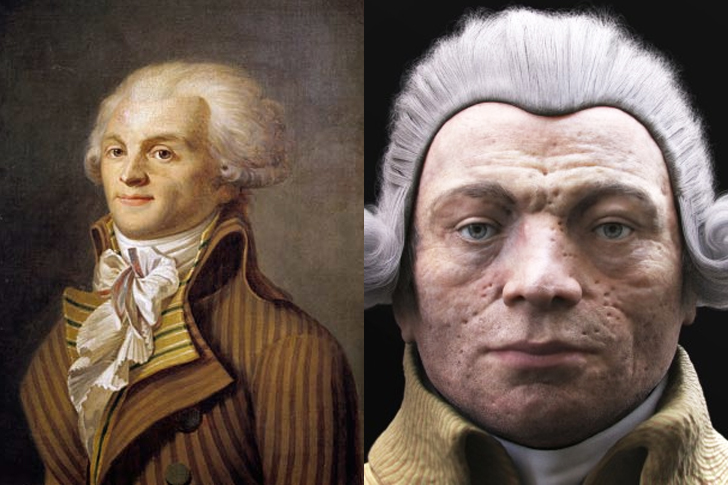 Maximilien Robespierre was a prominent French politician and lawyer during France’s Reign of Terror. He played a big part in the Storming of the Tuileries which caused the downfall of the French monarchy. Soon after, they established the First French Republic where he was elected deputy to the Convention Nationale.

Thanks to Philippe Charlier and Philippe Froesch, we can now see what Maximilien Robespierre actually looked like. They recreated his appearance based on artworks and a mask made by the French artist Madame Tussaud. When Robespierre was executed, this Frenchwoman was able to create a death mask with his severed head.

Robert I or Robert the Bruce 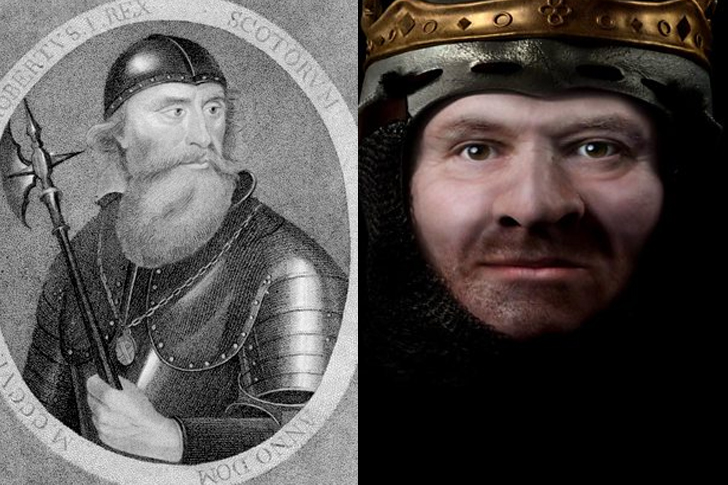 Robert I is a former King of Scotland known for freeing his country from England. After defeating Edward II in a guerrilla war, the English ruler still refused to give him his country back. So the Scots wrote a letter to the Pope explaining that Robert I is the rightful king.

Scotland became independent and the Pope recognized Robert the Bruce as King of Scots in 1324. Unfortunately, he died five years after he ascended the throne.

Since there are no artworks of Robert I, researchers used casts from his supposed skull and face lab technology to depict his appearance. 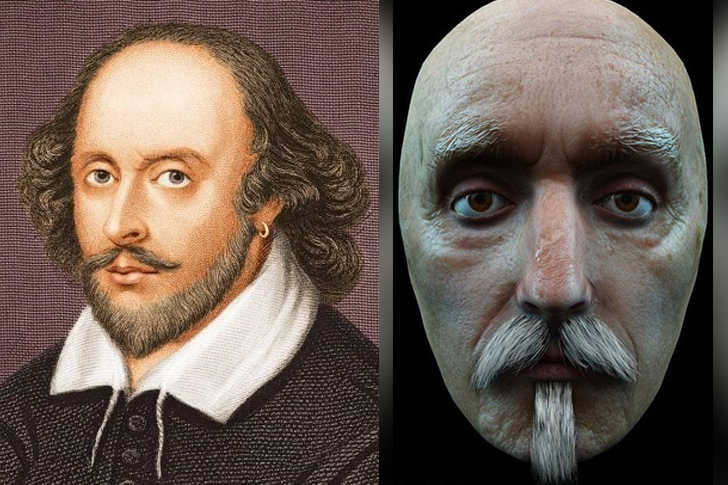 William Shakespeare was an English poet who was considered to be the world’s greatest dramatist and writer. He wrote most of the literary classics we have today such as Hamlet and Romeo and Juliet. Historians have debated on what this literary genius really looked like and agreed on the accuracy of Martin Droeshout’s portrait.

In 1775, a death mask which was thought to belong to Shakespeare was discovered. Despite the uncertainty, Dr. Carolin Wilkinson still mapped the mask out using 3D imaging. Other than the missing hair, most of the people agreed that the results looked similar to other depictions of Shakespeare.